So, just what causes food to be cancer causing? 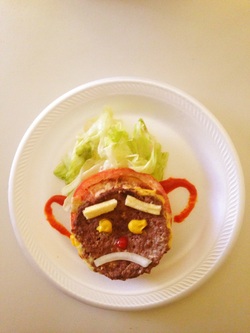 Those of us who are health advocates speak often about the foods that are problematic and disease causing. Why talk about it until we’re blue in the face?

I can only speak for myself when I say I do so because it pains me to see people suffering with chronic illness, disease, dangerous medical treatments and such, when most don’t have a clue how close they are to correcting all that.

The answer, or antidote, is as close as their pantry, their refrigerator, their stove, their microwave, their crock pot and their barbeque pit!

So here’s the deal. I know that sometimes all this health talk is so overwhelming that the best thing to do is ignore it all with the copout phrase, “We’re all going to die of something anyway.” Yeah, that’s true, but unfortunately what happens more often is that your death from bad food habits doesn’t occur until after you’ve spent hundreds of thousands of dollars to try and get well.

That whole phenomenon is a puzzling thing… If people are so content to die from their bad food intake, why then do they spend their life’s savings AND potentially their heirs’ money trying to fix what they messed up?

It’s cheaper to just stay well in the first place, isn’t it? That way your children or your children’s children won’t be forced to give up part of their freedom and money to care for you. Also, that frees the entire nation from having to foot the health industry’s bills caused by obesity and other diseases that occur by choice. I’m just saying…

So, here’s how I think is a better way to look at it (at least it helped me go from SAD [Std Amer Diet] to RAW instantly). Rather than get hung up on the title: foods that cause cancer (as it’s usually stated), you must be mindful of what cancer-causing additives, chemicals and other ingredients are placed in your foods. That’s where you’ll be able to start making wise choices. For instance, you can have a nice healthy plate of vegetables that are good for your body turn into a cancer risk simply because of how they are prepared.

Food additives and chemicals are used for various reasons: to enhance taste, for appearance purposes, or to increase product shelf life. The key to avoiding cancer-causing foods is to know which ingredients are carcinogens, another name for cancer promoters. That means reading up on the latest reports about healthy eating and reading your food labels before purchasing.

Here are several carcinogens that put you at risk of cancer:

1.      Casein – the milk-derived “glue” found in commercial chocolate. To stay well, you don’t have to give up your chocolate treats, just eat them in a more natural state. In our household, we eat lots of decadent chocolate deserts that are prepared the natural, cancer-free way.

2.      Acrylamides – these are not added into your food; they are created during the baking or frying process. Acrylamide forms when starchy foods are subjected to high heat. The best example of this is that favorite dish of many: mac & cheese. Especially toxic is the crusty parts that form during baking—you know, where it sticks to the glass dish and you have to scrub real hard to clean it and some of it still never comes off. Eating all that cheese is problematic enough, but please avoid eating the crusty, burnt-ish parts.

Another incubator for acrylamides is the summer favorite: the barbeque grill. Sure, that crunchy, slightly burnt chicken skin is the best part of the bbq’d chicken. It’s also lethal! If you must eat your chicken, at least throw away that skin first! Com’on you can do it!

By the way, don’t mess up the great attributes of vegetables by blackening them on the barbie also. If you must have shishkabobs, just a few minutes on the grill is plenty—in fact, what’s wrong with eating them raw on the stick? Hmm, what a novel idea.

3.      Sodium nitrite and nitrates – oh my, where to begin? This preservative is added to processed meats, hot dogs, bacon, and any other meat that needs to remain a reddish color to look “fresh.”

Back in the day, they used plain ole salt to preserve meats—now it’s all about the chemicals. The nitrites themselves are not the absolute problem. Plus you may get more nitrites from your vegetables than from certain meats. But here’s the real problem…

During the digestion process, sodium nitrite is converted to nitrosamine, which causes the cancer risk. Nitrosamine is not technically an ingredient, so you may not find it listed on the packaging. Nitrosamines are in foods that are pickled, fried, or smoked– that’s notably beer, cheese, fish byproducts, and tobacco smoke.

Here are the worst offenders of sodium nitrite:

4.      Hydrogenated oils – when you mix these oils with heat, you are creating the worse cancer foods you could ever create! So, there’s no way around this one—stop frying your foods!!

If you must have your taters, bake them. Fries made with hydrogenated oils then mixed with the high temperatures create that deadly acrylamide. Bottom line, you’re adding acrylic to your arteries. Enough said!

Chips, crackers and cookies all contain white flour, sugar as well as the fats. Their ingredients are very strategically masked on their labels. Manufacturers put all kinds of bad things in there. These items likely have GMOs (genetically modified organisms) as well. An explanation of GMOs and their dangers will take up a whole other blog! For now, google all you can about them and intelligently avoid them at all cost!

The World Health Organization states that 70 percent of all cancers can be prevented with simple changes to diet and lifestyle. Preventing cancer is quite easy once you know what to look for. With the right information, and a willingness to be smart about food preparation choices, we can see a major improvement with our nation’s health crisis—and with the crisis going on right in your home.